A guest blog by Peta O’Brien-Day, first featured by https://www.thedaddysleepconsultant.com/

Allow me to introduce myself: I’m Peta; a 37 year old mum of two. Widowed, remarried and currently struggling through the significant (if not frequently talked about) 8 month sleep regression with my daughter.

I love sleep. Once I discovered memory foam mattresses and double beds I could stretch out in I was a “snoring as soon as my head hits the pillow” sort of gal. I am neither an early bird nor a night owl, I am a permanently exhausted pigeon if I don’t get my 7-8 hours.

A second baby, 8 years after the first, has made those 7 hours (let’s face it: 5 hours) of uninterrupted shut-eye a distant memory, and my reliance on caffeine is even taxing the new coffee machine my sister in law bought us for Christmas.

You’re reading this via the website of the wonderful “The Daddy Sleep Consultant” so I imagine that you’re pretty familiar with what a stress point sleep can be for parents, and especially parents of young babies. Even though I ended up with an unexpectedly large gap between my 8 year old and his baby sister, I figured that I had done this once before and therefore the second time would be a breeze! I was wrong.

My first child was born in the Spring of 2012, in a random heatwave which engulfed the Royal Berkshire maternity ward and made us claw at the safety catch windows for air. After the traumatic c-section he was pretty sleepy and the first few days, I think, led me to think that (once I’d recovered from the blood loss) I could probably handle the whole baby thing. Ha!

Ethan was never a good sleeper. I think that in the first year of his life I felt like my days were spent sitting in darkened rooms with my hand on his chest, willing him to Just Go To Sleep. We tried dummies, rocking, blackout blinds, walking around the room singing American Pie (All 6 verses so that we wouldn’t get too bored!), leaving him to cry (he was the most stubborn child alive and this never worked!). We struggled through and, as he was fabulous at most other things, I just chalked it up as something I’d have to deal with that he’d eventually grow out of. But he didn’t sleep through the night on a regular basis until he was 6 years old. Granted, we dealt with the death of his father in that time, which left him with a lot of anxiety issues, but I’m willing to bet it wouldn’t have been a smooth road even without that.

And then, in my infinite wisdom, my 2nd husband and I decided he needed a sibling….

My second child was born in January 2020, and delivered into a private room which (although next to the nurses’ station) was relaxed, and significantly cooler! We had a much more normal start to her life, with significantly less trauma for both mother and baby. But there were particular challenges here too.

A second child has to fit in with a lot. There is a whole family dynamic that already exists. Not to mention a routine that can only take some adjustment.  There are other people to consider. Now, its not like I am in the position of many people who have a 2nd baby: with a toddler or pre-schooler running around, wanting attention and not understanding why they can’t have it. Ethan has been on board since the very beginning – and he gets (although sometimes grumbles) that he can’t have his snack right away because Erica doesn’t understand having to wait. But I still have to consider his needs.

When Ethan was teething and just cried and cried; when he wouldn’t settle, I could walk him around and not worry about him crying because there was nobody to disturb (I had very understanding neighbours!). Now, if Erica is fussing, I can’t let Nick take time to settle her because her room is right next to Ethan’s and I know that it would be quicker to just feed her myself. He has a full day at school and he needs his sleep more than I do (as I can see in his bleary eyes when I drag him out of bed the following morning).

Which brings me to the next issue: I can’t relax about nap times because I have the school runs to consider. In an ideal world, we would work on the 2, 3 and 4 hour awake windows (as in, 2, 3 and 4 hours after Erica had woken up, I would be putting her back to sleep again). However, given that she normally wakes around 6.30, the 2 hour bit puts us smack bang in the middle of the school run, and I have yet to be able to transfer her from the car to the cot without her waking up and looking at me crossly. This is beyond frustrating, and I’m still working out how we’re going to fit around it. Check back with me in a few months and I’ll let you know how it goes!

With all these aspects of our family life to consider (as well as my writing, cleaning the kitchen, cooking for people, and making sure everyone has clean clothes) it can feel like the end of the world, as if my whole day is ruined, if she doesn’t go to sleep when I want her to. And because I am older, unexpectedly this seems to mean two things: I can’t cope as well on tiny amounts of broken sleep, and my patience levels are pants. Seriously, its like there is a grumpy old man living in my head, and he does NOT like his plans to be messed with.

And, you know, there was also the whole pandemic, home schooling thing. It was difficult to stick to any kind of baby routine when I had to be downstairs at 10.35am to help with the online DT lesson and hold the glue gun!

But it’s not all doom and gloom with baby number two. There are some differences that help:

I am one kid down, a kid who sleeps pretty well now, and doesn’t seem to be psychologically scarred. So I know that I can do this. That means I’m aware that life is not like this forever.

Knowing that you have done this before is helpful. It gives you a sense of perspective. It also helps you know when you need to reach out and ask for help. Deciphering baby sleep can seem like trying to speak in hieroglyphics, but there are experts out there who can give you golden advice. I know now that it’s not a failure to find this hard or to feel like I’m not managing; it’s OK to ask for help.

I can look at Ethan as I tuck him in after his story and walk out of the room and know that he will go to sleep by himself (even if he will stay up 10 minutes after he’s allowed to reading his book!). One day, neither of my children will need me in such a demanding way, and I will have more space to enjoy them as very funny and lovable individuals.

And then we’ll get to the teenage stage and all bets are off!

Thank you to The Daddy Sleep Consultant for supplying this amazing blog!  You can read all about him and get in contact here https://www.thedaddysleepconsultant.com/.  He was also recently featured in The Sun where he used some of my images I have taken of him and his familyhttps://www.thesun.co.uk/fabulous/13186040/baby-whisperer-sleep-through-night-two-weeks-tips/ 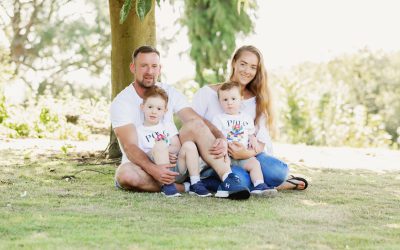 What to wear for your summer shoot

Family Photoshoot, What to Wear

So, you’ve booked a family photoshoot and now you just don’t know what to wear!  It can be such a big decision as these images should be proudly displayed on your walls, and in your home, so choosing what to wear to a photography session, can be a little... 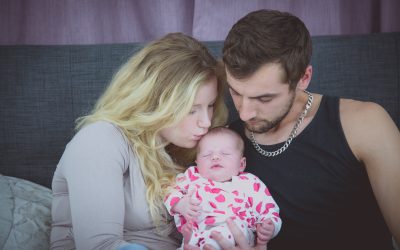 So you’re about to become a mum? Becoming a mum for the first time – how can you sum it up? Exciting; overwhelming; daunting; happy. All of those things and more…….and the advice! Oh the advice will come from every angle. What to eat, what not to eat, what to wear,... 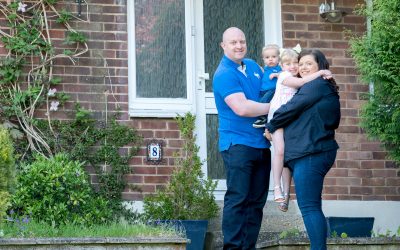 Photos from the Doorstep

On 24th March 2020 the people of the UK had their daily lives transformed as the country entered a war on corona virus. Travel was limited, social gatherings were banned, queues formed outside shops, toilet roll was a commodity worth more than gold and all...